I'll recap my 3(!) games as succinctly as I can along with some relevant photos (the rest are here. Kato used Google Photos to create this awesome video of them as well [what? you can't see it? Well then. Come join our Facebook group 'Capital BFAS'!)]).

We had two games going at first. I didn't catch much of Kato's game against Alex's Cossacks. Meanwhile Nick and I went toe to toe:

This was a fun, if quick game. We kept the objectives pretty straight-forward to make sure we had the rules tight, with some bonus points for killing commanders.

Nick's additional effects saw a unit of cossack-style delayed the.entire.game. ugh, as well as the setting-in of fatigue for my whole force. Then, to further mess things up, my large cossack-style squadron with spears apparently hadn't been paid recently and needed to be convinced to overcome their subordination.

Meanwhile, the Danes went about their business, smashed my reiter contingent, fought off my cossack-style on the flank, and then absorbed my eventual spear-charge. A decisive win for the Danish! 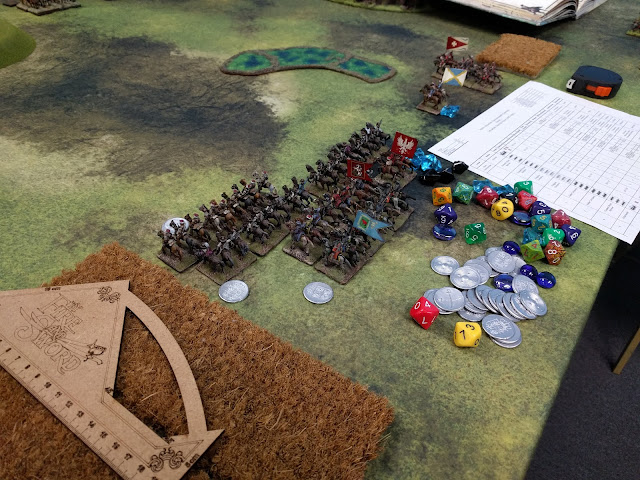 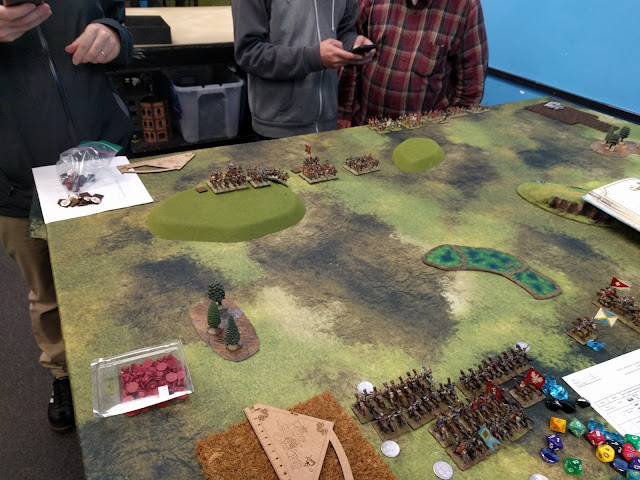 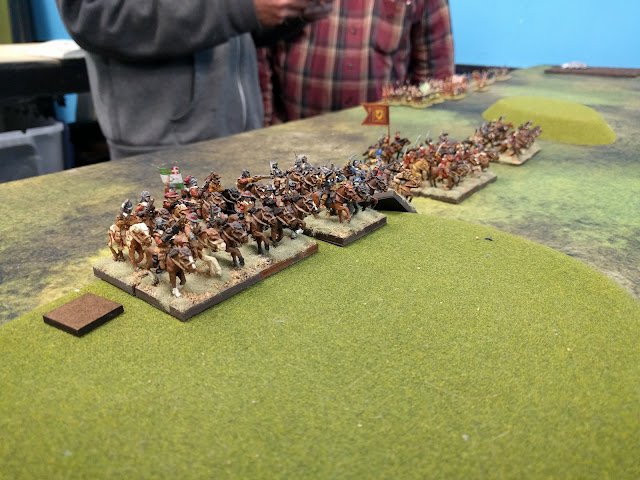 Kato and I then fought over a village, with my Slutsk garrison defending against a Danish-front Swede list with a ton of infantry. Both forces were on the small side, so I had to spend my one point of advantage on the scenario. The Swedish recon advantage bought them a 'decisive moment', which actually proved important, as it let him catch my sneaky cossack-style cavalry at one point.

This was a really fun game, with a huge musketeer fight in the village giving me a draw by maybe 1 or 2 bases for control of the village (he was able to pillage my supply cache, though!).

On the far flank, my cossack-style slipped a charge from his reiters, then were driven toward the forest and Kato's deployment zone, recovered and fought the reiters to a draw.

On the other flank, his reiters drove off some unprepared dragoons, but then wheeled and met some charging pikemen who, with some dragoon flanking fire, broke the reiters for good. This freed them to turn around and go fight in the village.

The village fight itself was bloody, and gave us a good feel for how to handle combat in a built-up area. 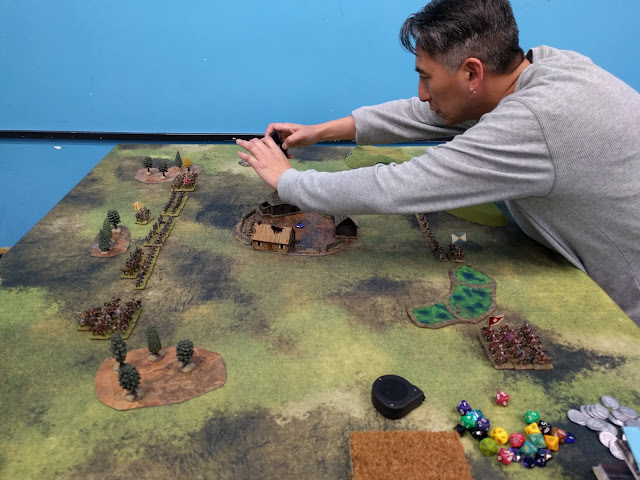 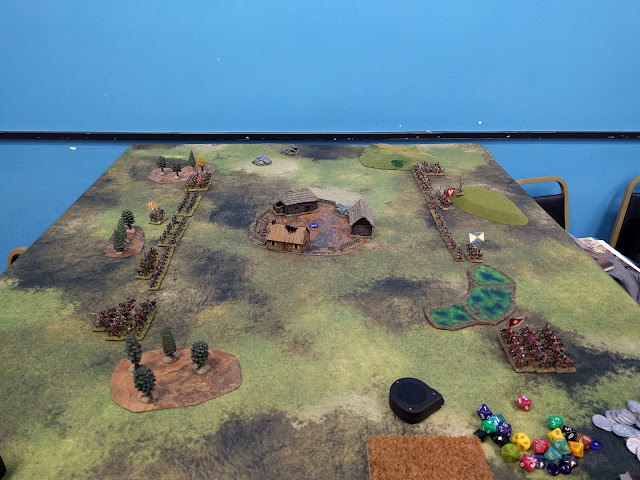 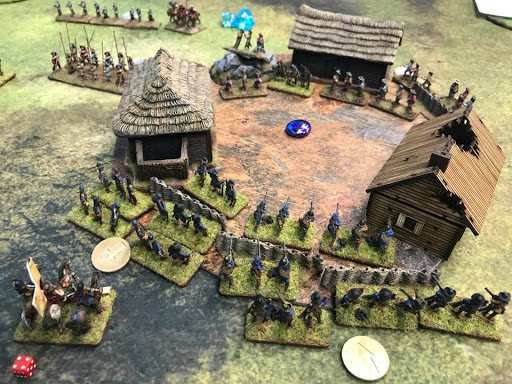 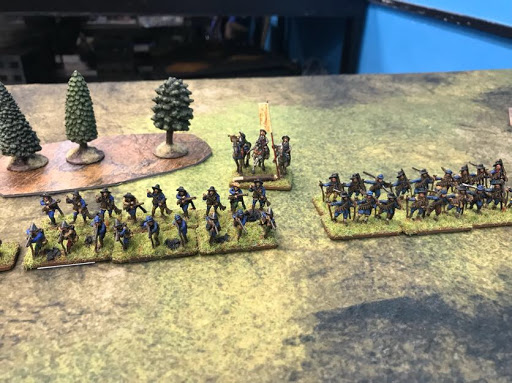 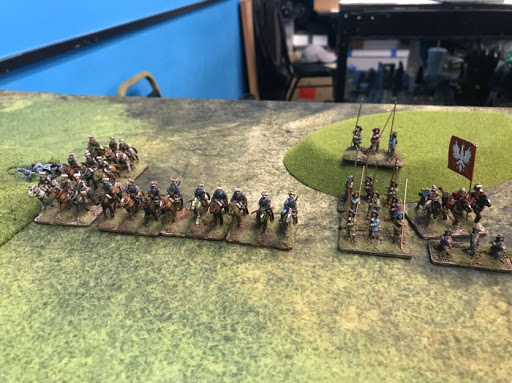 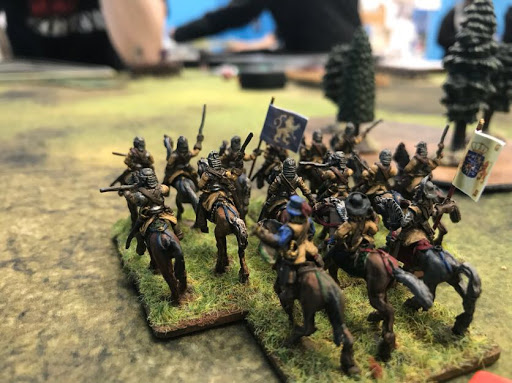 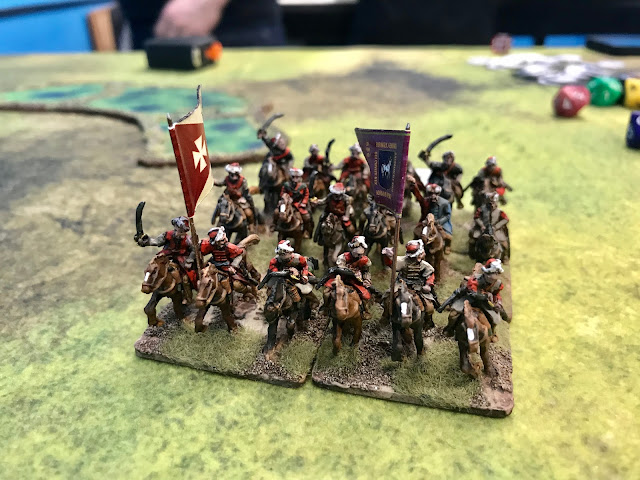 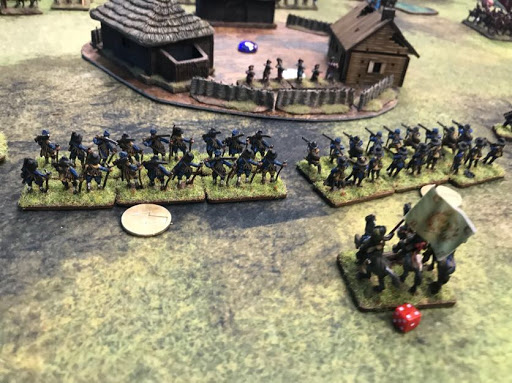 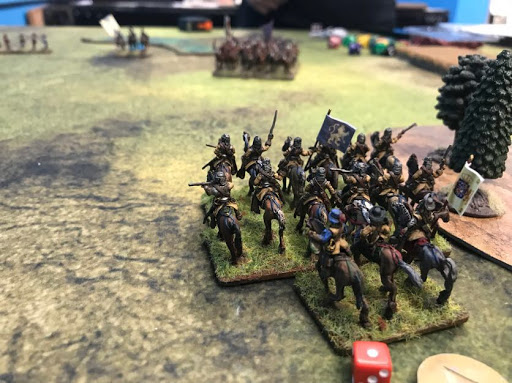 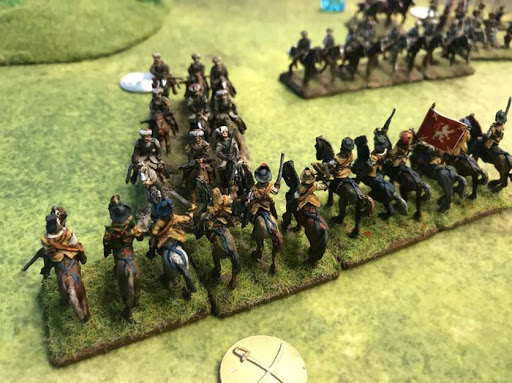 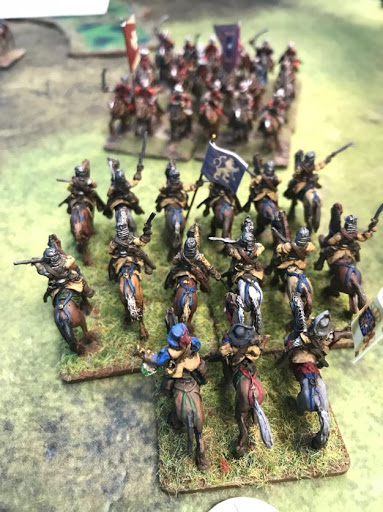 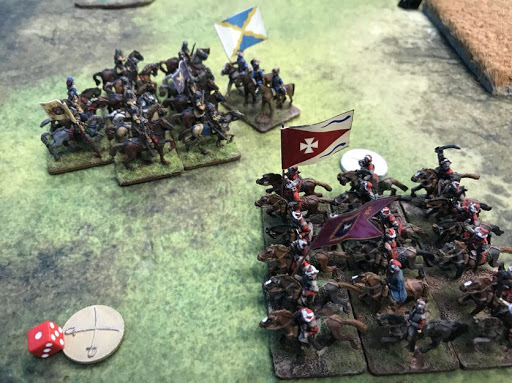 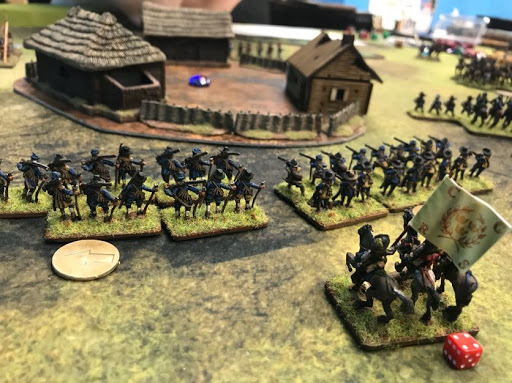 Kato rolled up 'Delay the Enemy,' and we both ended up with a delayed unit after recon and additional effects. Kato also used a swamp via 'choice of terrain' to totally close off one flank, letting him engage on a much smaller front.

I pushed on as wide as I could, but made a recurring error of thinking I could make the skill test to retain a charge on turn one, which left my reiters out of the game for the most part.

The center of my force took the first hill, as the 8-strong spear boyars actually won a combat and solidified my position there. The flank saw my servant cossacks chase his tatars all the way into Kato's deployment zone, only to be scared off by bow-fire (how anti-climactic!).

My reiters did get into it at the nick of time, however, occupying his remaining elite cossack-style (these guys are so bad ass) from retaking the hill, while my delayed cossacks sped across the board to take the other hill.

A small-scale win for the Tsar! 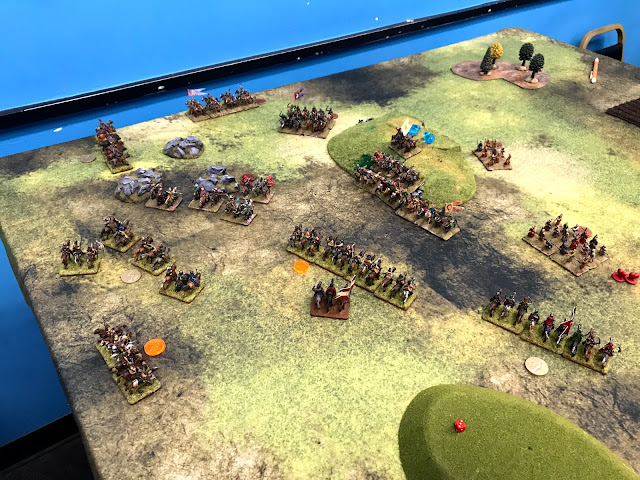