Back to writing: Diving into 6mm!!

As we all deal with the pandemic as best our circumstances allow, it seems like many are doubling down on the wargaming hobby. I'm no exception. I've taken the opportunity to buy a bunch of Baccus 6mm miniatures to try out a bunch of new rulesets in a new setting: the thirty-years war! 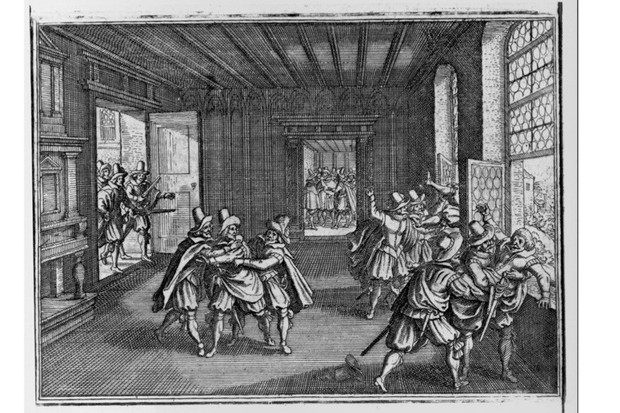 Over the next while, I'm going to try out a number of different rules for the period and see which works best for me and my friends.

Miniatures-wise, I'm going to paint up enough to be able to run generic-looking Catholic and Protestant armies with a few specialty groups (some Swedes, some Scots, etc.) to add some flavor.


I'll be starting with the battle of Fleurus 1622 and will work through a few different rulesets. I'll try to document the various battles, as well as post reviews of the rules once I become familiar with them.

To-date. I've mainly focused my historical gaming on Eastern Europe during the mid-17th century (Poland, the Deluge, etc.) through By Fire and Sword, with a bit of dabbling in the Caribbean via Blood and Plunder. I wanted to do something different, but with a similar range of belligerents and still pike and shot. English Civil War and Great Northern War felt a bit too limited, while I was irrationally scared of the amount of armor involved in any prior centuries.

Meanwhile, the Holy Roman Empire stood out as an interesting participant in the By Fire and Sword theater, as it recovered from the exertions of the earlier half of the 1600s. Once I delved into a bit more of the history of the 30-YW (thanks, Kato!) and learned about all the different phases, geographic extent of the war, and some of the personalities involved, I was quickly sold.

As a setting for wargaming, I think it offers a good opportunity to explore some interesting tactics and scenarios, while also being vague enough to not feel constrained to only follow historical orders of battle. The history surrounding the politics of the era is also fascinating, whether it's the truly mercenary commanders involved, or the dynamic partners of some of the kings/nobility involved.

Anyways, that's it for now. I'll be back soon with a review of In Deo Veritas and a breakdown of the forces I've collected for Fleurus!